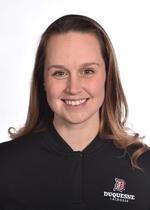 Corinne Desrosiers was hired as the Dukes' fourth head lacrosse coach in program history in July 2018.

Desrosiers brings 10 years of head coaching experience to The Bluff, including the last four seasons at the helm of Florida Tech where she was named the first head coach in program history in 2013 and quickly turned the Panthers into a national contender.

Desrosiers led Florida Tech to a pair of NCAA Division II Tournament appearances and helped the Panthers advance to two Sunshine State Conference Tournament title games. At the conclusion of each of the last two seasons, Florida Tech ranked No. 6 in the country.

Under Desrosiers’ guidance, Florida Tech registered a program-record 17 wins in 2018. The Panthers earned their second straight bid to the NCAA Division II Tournament as the No. 2 seed in the nation, defeating Limestone by a score of 13-11 in the first round before falling to eventual national runner-up and conference foe Florida Southern in the quarterfinals. Desrosiers’ Florida Tech team posted a school-record 15-game winning streak in 2018 and was ranked as high as fifth in the country for the majority of the season.

In just the third season in program history in 2017, Desrosiers helped the Panthers earn their first-ever NCAA Tournament bid and their first NCAA Tournament victory with an upset over third-seeded East Stroudsburg 17-10 in a first-round matchup before dropping their quarterfinal contest to No. 2 seed Florida Southern. Florida Tech defeated five top-15 opponents during the 2017 campaign, collected its first SSC Tournament win and advanced to the conference tournament championship game for the first time.

Desrosiers was named the SSC Coach of the Year for the second season in a row in 2017, while the Panthers closed the year ranked sixth in the IWLCA Division II poll. In addition, all seven of Florida Tech’s losses in 2017 and ‘18 came against teams ranked in the top five in the nation. In that span, Desrosiers and the Panthers tallied 31 wins.

In 2016, Desrosiers guided Florida Tech to a 10-7 overall record and the No. 3 seed in the SSC Tournament, with the season ending in a narrow 15-14 defeat to sixth-ranked Rollins in the conference semifinals. That season, the Panthers notched their first win over a ranked team in program history with an 11-10 overtime victory over No. 6 New Haven.

In her first season at the helm in 2015, Desrosiers led Florida Tech to a successful inaugural campaign despite a roster featuring 15 underclassmen. The Panthers started seven freshmen and their top six scorers were underclassmen as they capped the season with a 7-9 ledger.

All told, Desrosiers’ players garnered 30 All-SSC selections, 14 IWLCA All-Region honors and eight IWLCA All-America nods while she also earned a pair of SSC Coach of the Year awards and coached two SSC Players of the Year in just four seasons with the Panthers.

Prior to her tenure at Florida Tech, Desrosiers served six seasons as the head coach at Merrimack College in North Andover, Mass. She was named the WomensLacrosse.com Division II National Coach of the Year in 2011 and led the Warriors to five consecutive Northeast-10 Conference Tournament appearances from 2008-12.

Desrosiers is a native of Mansfield, Mass. and graduated from Bridgewater State in 2006 where she played four seasons for the Bears. A two-year captain, she ranks among the program’s leaders in career goals, career draw controls, single-game draw controls, and single-season draw controls.

Desrosiers and her husband, Tim, have two children, Ethan and Ella.

WHAT THEY’RE SAYING ABOUT CORINNE DESROSIERS

“Corrine is a strong and confident woman that has built a very competitive program at Florida Tech. It is great to see a strong woman get the chance to elevate to Division I in a time when lacrosse is trying to retain quality female leaders. She will certainly advance the Duquesne program in the years to come.” - Jenny Levy, Head Coach, University of North Carolina

“I’m thrilled to see Corinne take this next step in her coaching career. Corinne is a proven winner and will build upon the amazing foundation that has been built in the Duquesne lacrosse program.” - Josh Hexter, Head Coach, Elon University 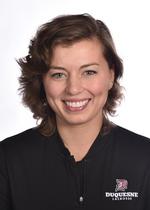 Fazio and the Dukes shattered single-season program records in 2019 for goals with 270, points with 371 and shots attempted with 669.

A former standout lacrosse player at High Point, Fazio was a two-time All-Big South selection at midfielder for the Panthers. She most recently served on the coaching staff at Plum High School for the 2018 season and as an assistant coach with the True Lacrosse Club in Pittsburgh for two seasons.

Fazio finished her career with 50 goals and 23 assists to go with 86 ground balls, 74 draw controls and 35 caused turnovers. She helped the Panthers to back-to-back NCAA Tournament appearances in 2013-14, as well.

In addition, the Bel Air, Md. native was a Millis Scholar Athlete and was a member of the Big South Presidential Honor Roll at High Point. 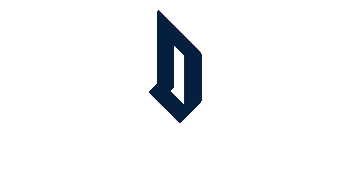 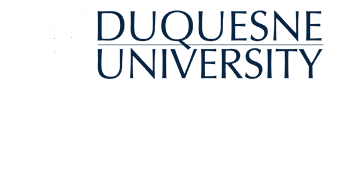 In accordance with NCAA guidelines, all Duquesne University Sports Camps and Clinics are open to any and all entrants, limited only by specified number, age, grade level and/or gender of its participants.